Family Photography-At Home on the Ranch in New Port Richey

The original plan was to have the family photo session at Starkey Park. This family loves the woods and everything about the outdoors. The two oldest daughters will be heading out for the summer and urged mom to have the photos right at home. They have several acres in New Port Richey, and it feels like you are at a park. The day after this picture was taken their second oldest was heading to North Carolina to work as a counselor at a summer camp. Their oldest daughter graduates from Lee University in December. Even though two of the children will be leaving the nest, these parents still have three lively youngsters still at home. 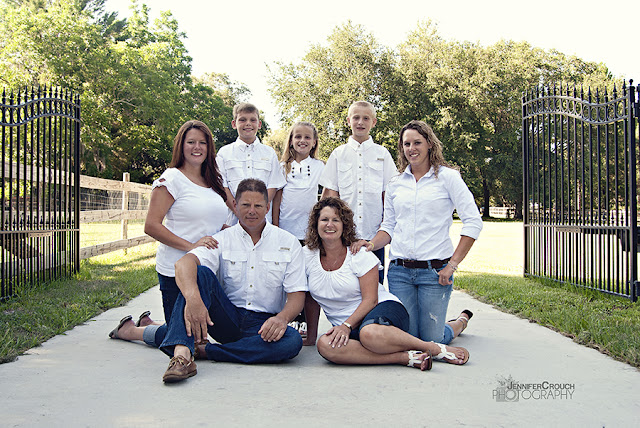